Ananda - In The Himalayas

Ananda in the Himalayas is a place of absolute peace, serenity and relaxation. Those who are seeking for recreation will reach absolute wellbeing on these spiritual grounds. The foundation lies in the 3,000 year old Indian science of Ayurveda. The 24,000 square foot spa offers an extensive menu of massages and cleansing techniques, integrating the traditional Indian systems of Ayurveda with the more contemporary Western spa approach. Meditation, herbal medicine and Vedanta support the spa experience at Ananda which strives to achieve the ultimate harmony between the physical and the mental realms of the individual.

Located close to the holy town of Rishikesh in the precincts of the Palace Estate of the Maharaja of Tehri-Garhwal in the small town of Narendra Nagar. Ananda is situated 260kms north of New Delhi in the state of Uttaranchal.

The history of Tehri Garhwal is fraught with drama and pathos. Now a small constituency forming a part of the state of Uttaranchal, it was once a princely state ruled by the Shah family, with Narendra Nagar as its summer capital and the Palace as the official residence – where the vice regal suite of Ananda in the Himalayas, is situated.

The neat little town of Narendrangar, with its charming market, it’s wide central road and its location serving far flung hill hamlets is a tribute to the Maharaja. In the days of the British Raj the beautiful palace was known to welcome Viceroys and people of eminence – including Mahatama Gandhi and Mira Ben and post independence it has played host to several eminent political and religious personalities. Ma Anandmayi, a well known spiritual guide, whose wise teachings, gentle ways and immensely charismatic presence attracted a very large following from all parts of the world, often visited the Maharaja’s family and her room, quaint, simple and still holding much of her spiritual energy, is tucked away in a quiet corner of the Viceregal terrace, overlooking the valley and the grounds and stands testimonial to the old Maharaja’s close links with the history of spiritual India. His son, Maharaja Manabendra Shah, father of the current Maharaja, took over from his father, but the changing face of post-freedom India, soon wiped out princely roles and the family turned to politics in order to keep alive their roots. 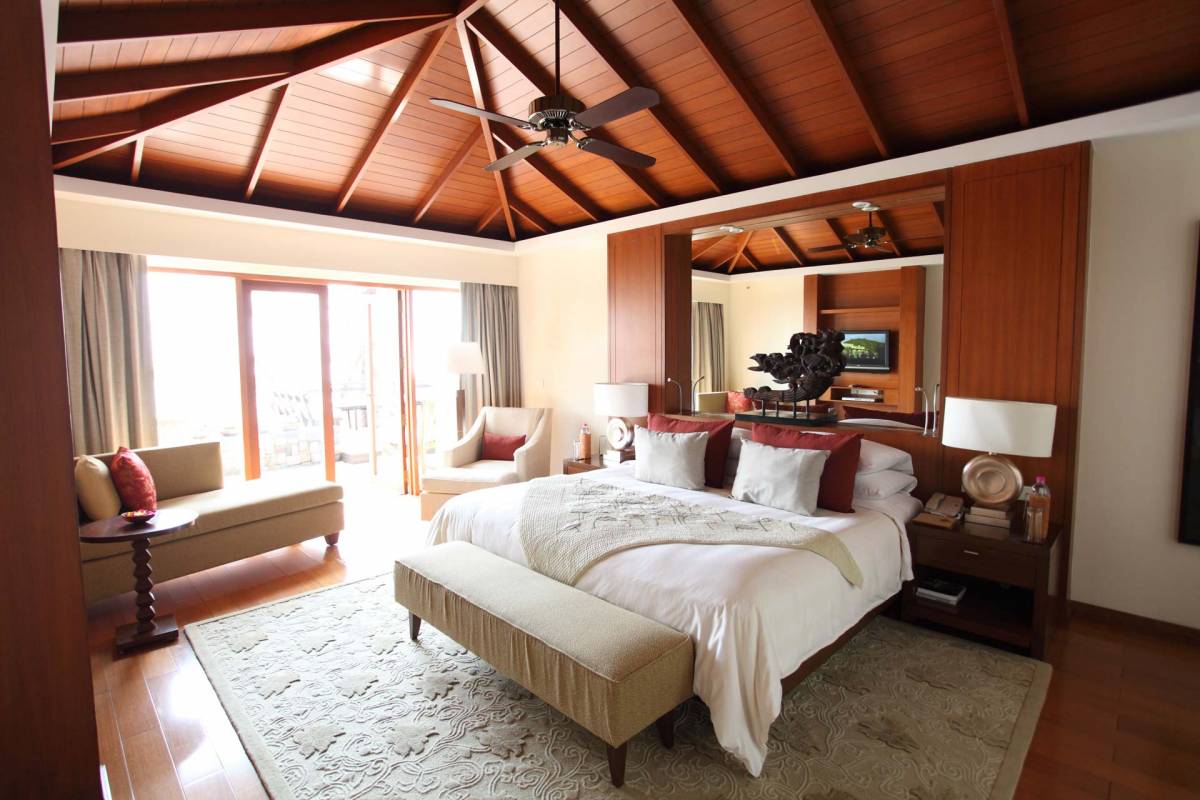 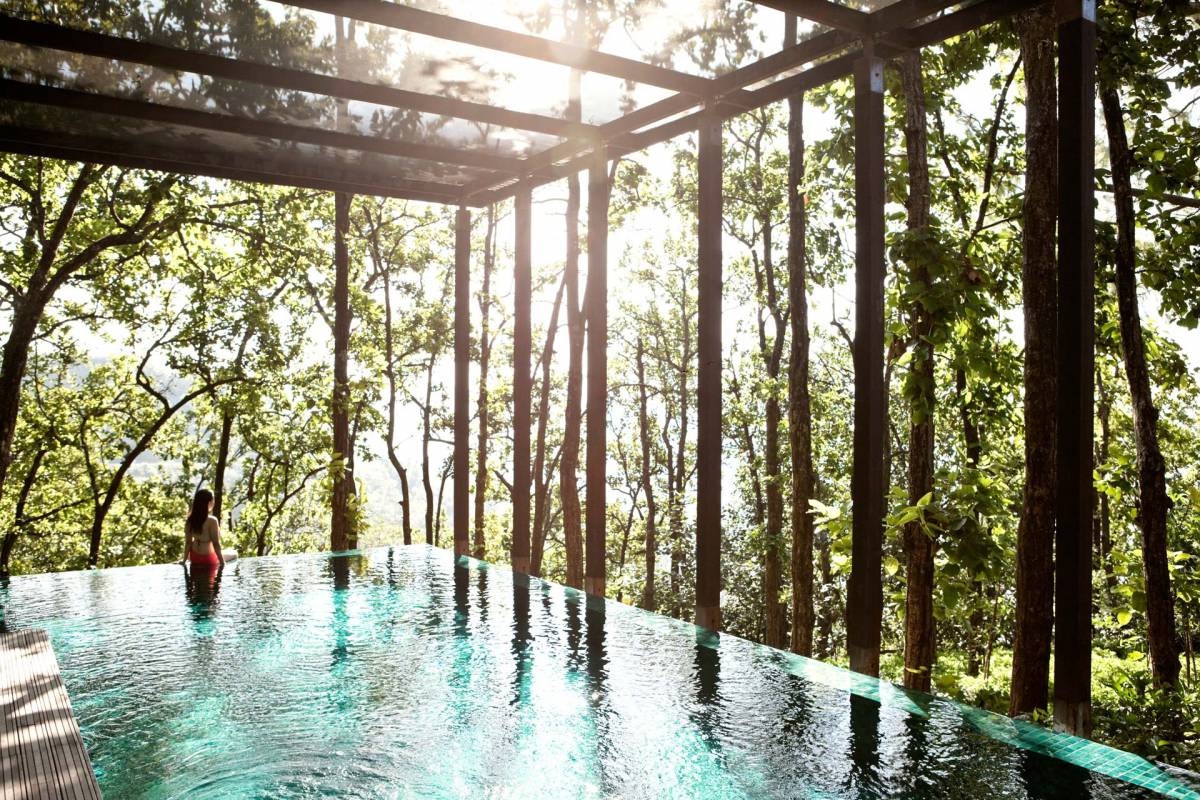 75 deluxe rooms and suites with private balcony, offer magnificent views of the Ganges river and valley of Rishikesh or the Maharajas Palace. The suites have their own private garden. The Viceregal Suite, located in the Palace has a wrap around terrace with an outdoor Jacuzzi. 3 villas two of these villas are 2 bedrooms and one is a single bedroom villa, with breathtaking views of the Ganges River and mountainside.

The Restaurant: The spa’s signature restaurant features the finest Indian, Asian and Western cuisine. Based on the basic values of traditional cooking, the Restaurant explores new vistas in modern gastronomy, with emphasis on a light and healthy meal.
The Tree Top Deck is a delightful outdoor venue of the Restaurant that is built on treetops, thereby infusing your meal experience with the beauty of the Himalayan Mountains and the fresh, natural surroundings.
The Pavilion is a casual and cosy setting for drinks and light snacks, located adjacent to The Restaurant and pool while the Palace Tea Lounge located in the Viceregal Palace serves high tea and soft beverages.
The Winter Garden is located in Viceregal Palace overlooking the valley. This venue is set for service according to seasonal conditions. 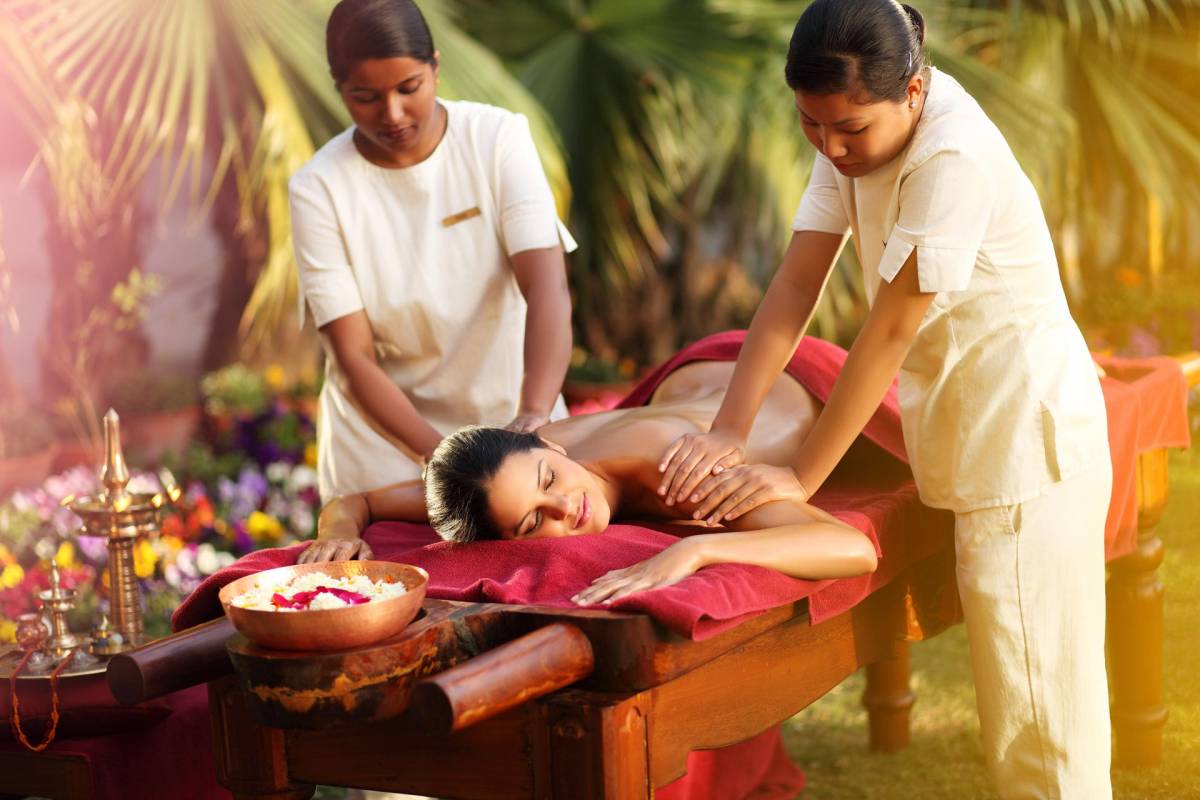 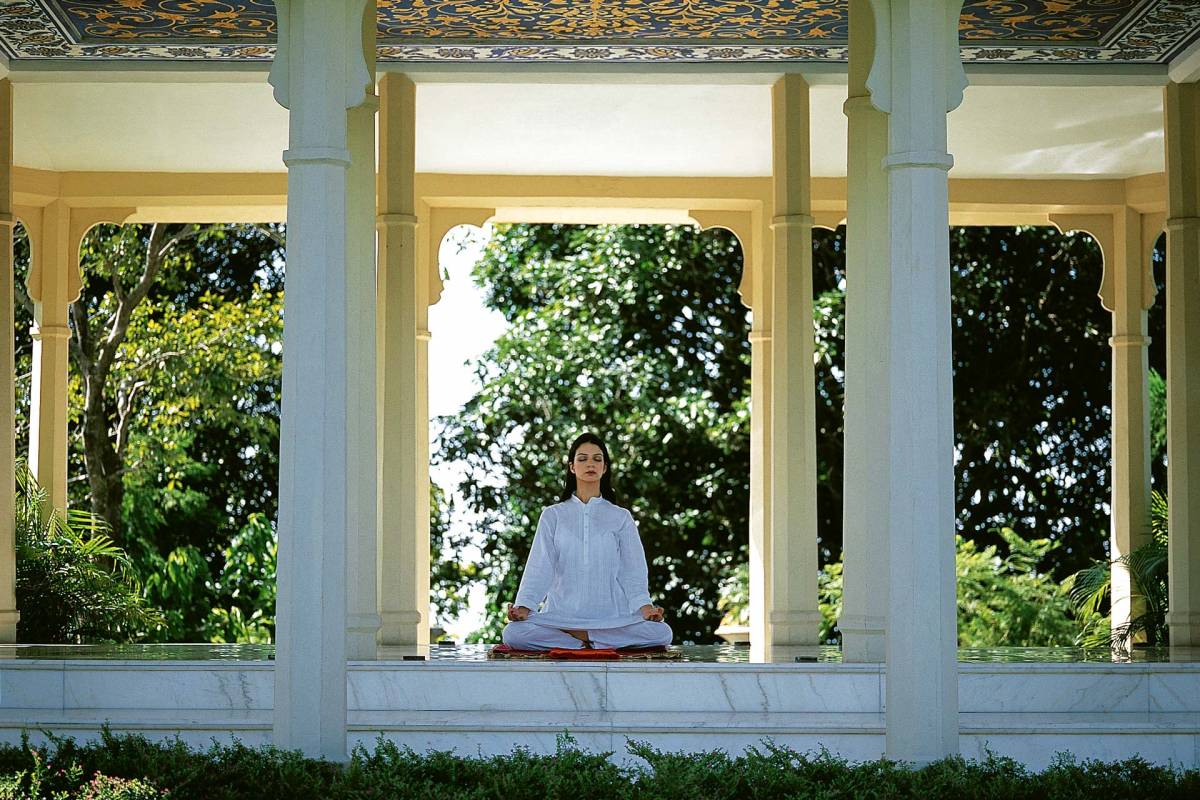 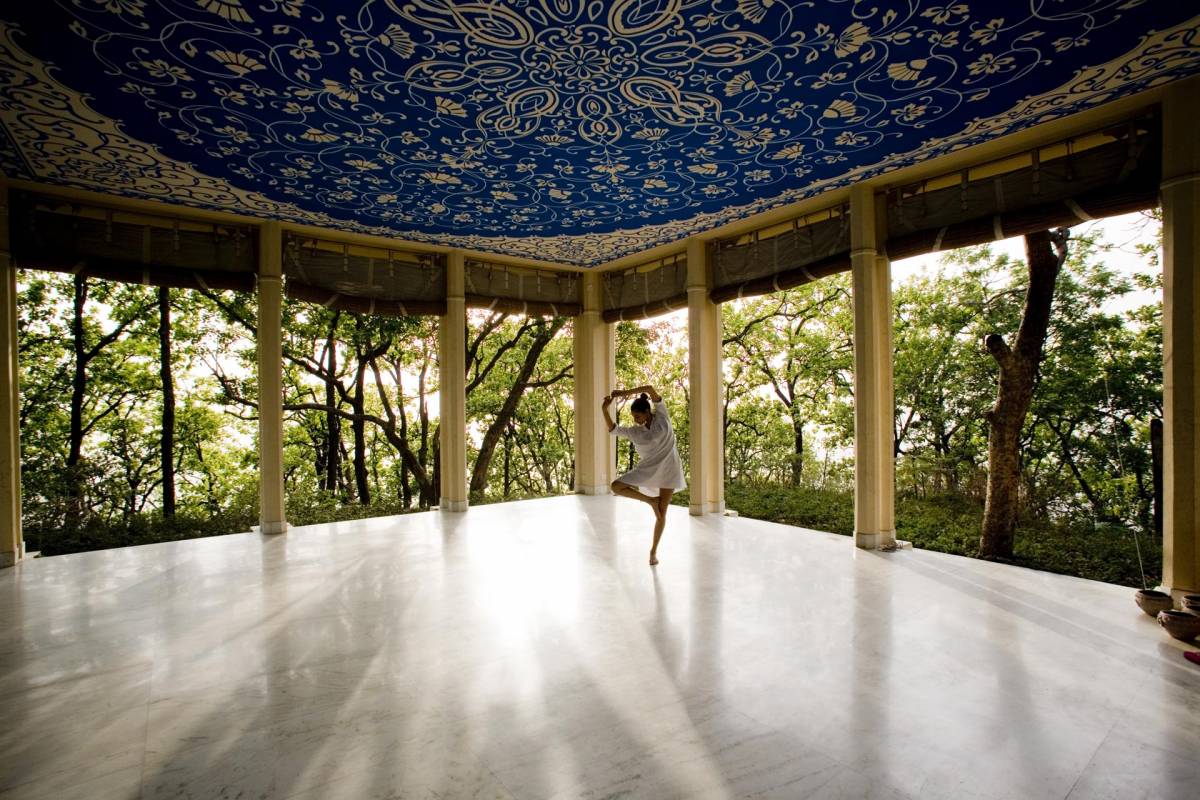 Do you have any further questions about the hotel?